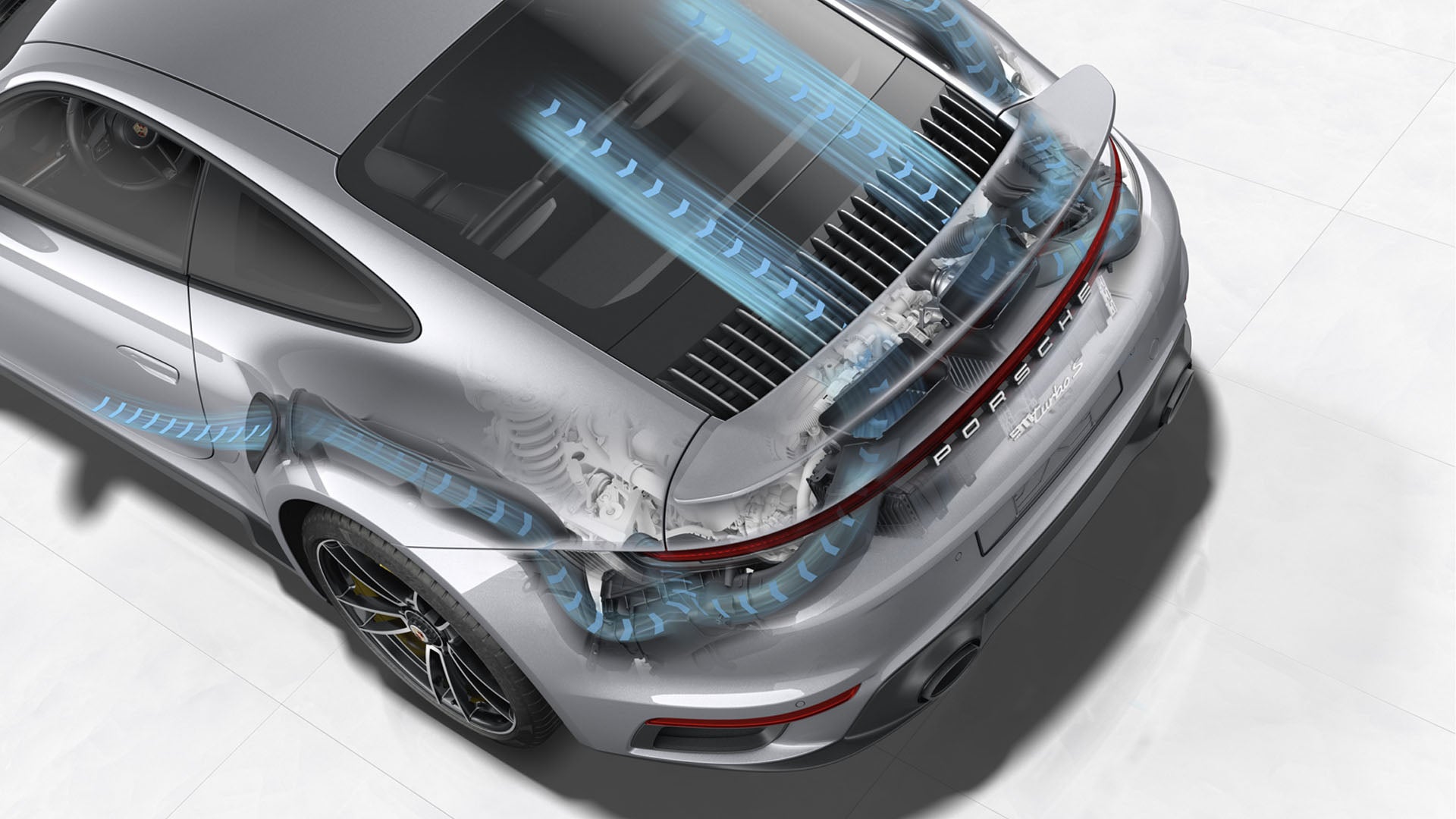 It’s fascinating to see how various hybrid vehicles manage the relationship between their batteries, motors, and internal combustion engines. It’s a tricky problem, and sometimes the solutions are extremely interesting even if their true effectiveness is questionable. In a patent published at the end of May, Porsche exposes an interesting way of approaching the question of battery cooling. The solution he arrives at, however, is a bit unorthodox.

In short, Porsche wants to cool the batteries of a hybrid car using pressurized air from the turbocharger of the preferably electric engine. The automaker details a layout where the battery, or perhaps even individual battery cells, are placed in the engine’s intake tract to achieve this. In this way, the supercharged air provides additional pressure to the intake side of the engine and extracts heat from the battery. The document notes that the air can be “heated up somewhat” in this process, although it doesn’t really address the issue beyond that.

The idea is laid out in a patent application called “VEHICLE HAVING A HYBRID DRIVE”, which details why and how Porsche might want to do it. It’s mostly an effort to save weight and complexity, or so the automaker claims. However, the whole system is not as simple as running air over some batteries.

The important thing to know about the system is the basic layout of all the components. I don’t usually go through the arduous process of labeling all the parts in an automaker’s technical drawings, but it’s pretty necessary here. (Of course, Porsche brought me to this.)

The outside air is first compressed, either by a conventional turbocharger or by an electric compressor. He then encounters an auxiliary booster. This is described as a “blower, pump, compressor or similar”, and it is there, as I understand it, to supply cooling air to the battery at low rpm if the system uses a conventional turbocharger. In other words, if the battery is still hot but there isn’t enough airflow from the turbo to cool it, it kicks in to provide some more airflow. If the system uses an electric compressor instead of a regular turbo, this may not be included.

The charge air then passes through an intercooler before encountering a heating element. This would be used to heat the intake air in cold weather to condition the batteries. After that, we finally come to the battery… where we encounter a bypass valve. Basically, if the battery – a small pack or maybe even individual cells to increase surface area – doesn’t need to be cooled, Porsche thinks it would make sense to bypass it and go straight to the engine. This valve is also a bit like a thermostat; it could be used to maintain an ideal battery temperature by being open/closed.

After all that, we come to the engine, where we meet… bypass valve #2. This one is for when you only want to vent the battery heat out of the car and not into the vehicle intake. This valve can be used in non-accelerating situations, or perhaps when the vehicle is stationary. The patent indicates that this heat can be vented directly to the atmosphere or possibly to the exhaust system.

The Stuttgart automaker says it’s all about saving weight and complexity, but that sounds like a lot. Yes, a fluid management cooling loop might be a little heavier, but it would probably be less complex. Similarly, placing the battery outside of the intake duct would probably require adding another fan to air-cool the battery, but that would also be easier. What Porsche is doing here is basically augmenting the parts it already has in a car to achieve an effective battery cooling solution to questionable effect.

It might be more effort than it’s worth, but who knows. Maybe when the hybrid 911 arrives it will feature intake-mounted batteries. It’s a weird solution for sure, but if it works, it works. It certainly wouldn’t be the most unorthodox thing a German automaker has designed in the past.

Email the author at [email protected]

Opinion: Pump pain is real for many area drivers

The Rivian Adventure Van takes camping to the next level