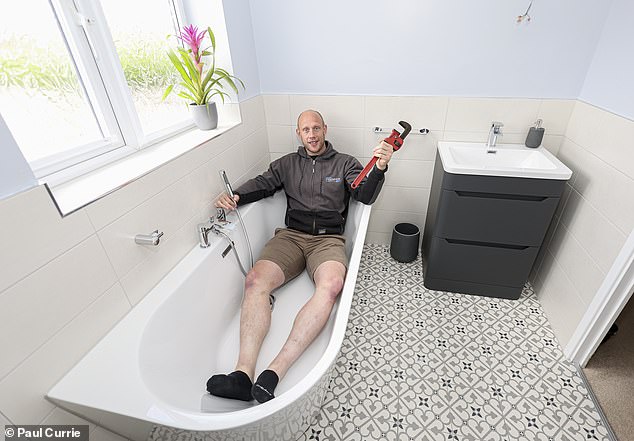 Even in the Challenge Cup last week, there was no respite for Chris Hill. “Just because I have a final doesn’t mean the work doesn’t stop,” said the Huddersfield Giants star. ‘My clients don’t care about the Challenge Cup. They want their bathroom sorted.

And so, in addition to Saturday’s game at Tottenham, the prop-turned-plumber has spent this week planning his next bathroom fitting, calling clients, visiting their homes and working on quotes.

“We’re overwhelmed with work,” admits Hill, who started her business, Premier Plumbing, with a friend in 2015. “When I come home from training, I usually work a few hours. I could talk to customers any time of the night. I usually book jobs to go to houses and measure my day off.

As well as playing professional rugby, Chris Hill of the Huddersfield Giants is also a plumber 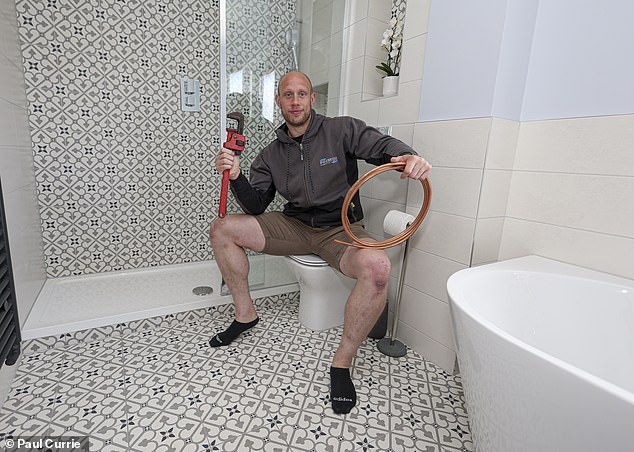 “I’ve toured internationally and taken my laptop and all my books with me. Even when you’re halfway around the world, that doesn’t stop you from emailing or doing quotes.

‘Out of season, I get on the tools. I don’t mind taking care of myself. I like a little hard work. But I try not to do that as much in the season, especially when I’m trying to recover games. I don’t want to hurt myself dragging tiles down the stairs! »

After signing for part-time Super League side Warrington from Leigh 10 years ago, Hill first learned his trade by attending evening classes twice a week. As well as preparing him for life after rugby, the 34-year-old finds plumbing a release from the stresses and strains of his sport.

“I love it, it makes me forget rugby,” he told Sportsmail after showing off one of his finished bathrooms to a client. “If you think about rugby all the time, you crash. 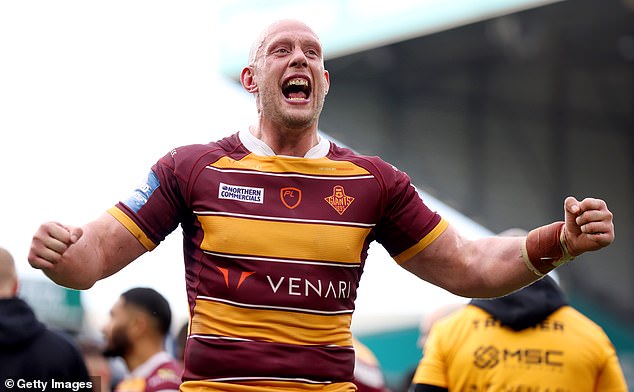 “After rugby, it’s something that’s set up now, so I don’t have to worry about what I’m going to do. I also seek to make my journey sparkling.

“I’m recognized by clients, especially because a lot of our work is the Warrington way, but it’s nice to have a conversation. I’m just a normal person doing another job. We do this to the best of our abilities because we have a reputation to uphold. I even groomed a few St Helens fans so can’t be that bad!

Hill is also very practical in his day job, playing in two World Cups for England and four Grand Finals for Warrington. It will also be his fifth Challenge Cup final. With Wolves he won two – in 2012 and when captained in 2019 – and lost two. Now, in his first season with his new club Huddersfield, he helped guide them to their first final since 2009.

“Playing in it and lifting it as a captain is what dreams are made of,” admits Hill. “Everyone wrote us off against the Saints that year, so this one was something special and will always live with me.

“But I have experienced both ends of the spectrum. Winning is amazing, but on the other hand, when you lose it’s horrible and hard to take. 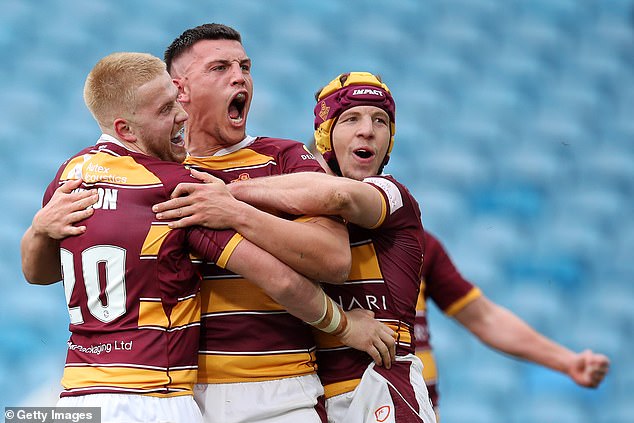 Hill’s earliest memories of the Challenge Cup were actually watching his hometown side Wigan – the record 19-time champions and opponents Huddersfield this afternoon.

“I used to bring the coach to Wembley every year with my grandmother,” he recalled. “The first one I remember was when Wigan lost to Sheffield Eagles in 1998.

“My grandmother was a steward in the old Central Park, which was only a 10 minute walk from where I lived in Whelley. My grandfather also worked in the tunnel, so I sat on his lap and watched all the players come out.

Hill’s mother and father still live in Wigan, while his wife Kathryn’s parents and brother Peter are Warriors supporters. “It’s a bit of a divided family,” he smiles. “I think my wife’s mum and dad would prefer me to win, even though they are Wigan fans. But his brother certainly won’t. He is going to mistreat me a lot! 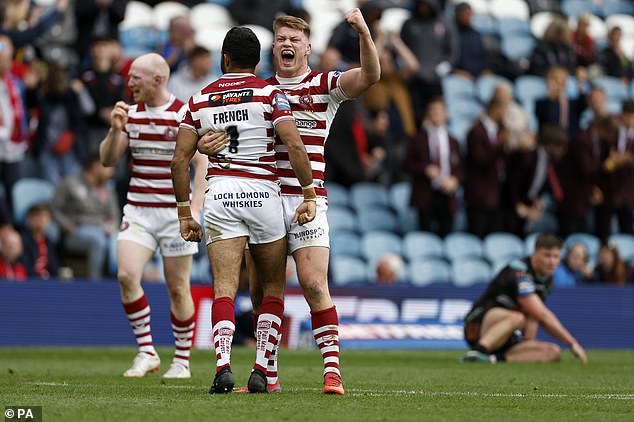 The parents of Hills’ wife, Kathryn, and her brother, Peter, are all Wigan Warriors supporters

Hill can at least be sure of the support of his five children, who will be at Spurs in hopes the Giants can pull off an upset against a side they surprisingly beat in the Super League two weeks ago and have not only one point behind on the board.

“I don’t think either team will interpret this result too much,” he added. “We will always be the underdogs.

“Everyone thinks Wigan just have to show up and win. But we will relish the challenge. Let everyone talk about Wigan and we’ll just focus on ourselves.

“That’s where we should be as a club. We know how good we can be. If we play to the best of our abilities, it should be a great show.